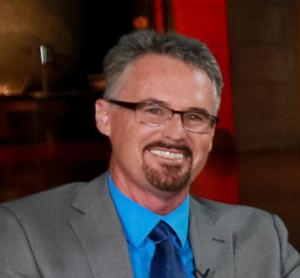 John Putman (Professor, University of California, San Diego, 2000) is a historian of the modern American West (late 19th and 20th centuries), particularly California and the Pacific coast states. His recent research emphasizes class and gender politics in the urban Northwest. His book Class and Gender Politics in Progressive-Era Seattle was published in 2008 by University of Nevada Press. His other publications include "’A Test of Chiffon Politics’: Gender Politics in Seattle, 1897-1917," Pacific Historical Review (November 2000) and “Racism and Temperance: The Politics of Class and Gender in Late 19th-Century Seattle,” Pacific Northwest Quarterly (Spring 2004). Professor Putman’s current project is a comparative analysis of early 20th-century Pacific Coast expositions. He is also interested in the cultural history of the 20th century United States, in particular, science fiction and Cold War films, and the social and cultural meaning of Star Trek. His courses include the California History, the History of the American West, US History since 1945, Constitutional History of the United States and Star Trek, Culture, and History.  Professor Putman has a forthcoming chapter entitled, "Terrorizing Space: Star Trek, Terrorism, and History" in Star Trek and History(Wiley, April 2013) to correspond with the release of next Star Trek movie.