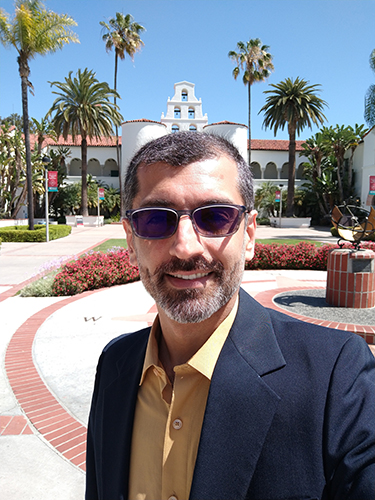 Kazemi has published several lengthy, monographic articles in peer reviewed scholarly journals such as The Historian, Iranian Studies, Middle Eastern Studies, Modern Asian Studies, the Journal of Persianate Studies, and Comparative Studies of South Asia, Africa, and the Middle East. He also has an additional article forthcoming in the British Journal of Middle Eastern Studies. Kazemi is currently working on a series of articles about the history of food, famine, protest, and recreational drugs in early modern and modern Iran, and a book manuscript entitled The Ecology of Conflict: Privation, Protest, and Populism in Qajar Iran, 1850-1892. This book project traces the social, economic, and political origins of one of the most influential and earliest revolutionary movements in the modern Middle East.

For his research, Kazemi has conducted archival work in Iran, Turkey, Britain, France, the Netherlands, and several key places in the US. His research has also been sponsored by a number of organizations and institutions including the National Endowment for the Humanities, the International Institute of Social History, the Royal Netherlands Academy of Arts and Sciences, the Woodrow Wilson National Fellowship Foundation, the Council of American Overseas Research Centers, the American Research Institute in Turkey, the American Institute of Iranian Studies, and the Yale University Whitney and Betty MacMillan Center for International and Area Studies.

Kazemi previously served as a senior editor of Iranian Studies, which is the flagship journal of the most important academic society in the West devoted to the study of the Iranian/Persian civilizational area. He was also on the editorial board of the International Journal of Middle East Studies, the most influential academic journal in North America devoted to the study of the Middle East and North Africa. Kazemi, moreover, served as a member of the board of directors of the Association for the Study of Persianate Societies, a professional organization for international researchers and scholars interested in the cultures and civilizations of the Persian-speaking societies in and outside of Iran.

At SDSU, Kazemi teaches a variety of courses at both graduate and undergraduate levels in areas such as world/global history, historical methods and research, the history of social protest and popular movements, the global history of everyday objects, and the history of the Middle East, North Africa, and Central Asia. Kazemi is also the Director of International Business at SDSU, an interdisciplinary program that is consistently ranked among the top ten undergraduate international business programs in the U.S. Before joining the History Department at SDSU in 2015, Kazemi taught at Yale University and Kansas State University.